What You Need to Know about Shavuot 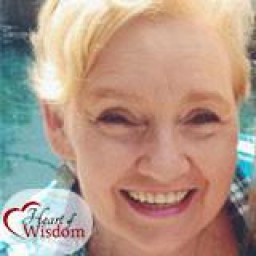 Where is God in a Coronavirus World?

Shavuot (Feast of Weeks) commemorates the revelation of the Torah on Mt. Sinai and occurs on the 50th day after the 49 days of counting the Omer. Shavuot 2021 begins at sunset on Sunday, May 16.

Shavout (Pentecost) Shavout is a major Bible festival and has a dual significance: historical and agricultural. It marks the wheat harvest in the Land of Israel (Exodus 34:22); and it commemorates the anniversary of the day God gave the Torah to Israel assembled at Mount Sinai. It is also the 50 days after Christ (counting 50 days of Omer) the giving of the Holy Spirit. On the first Shavout 3,000 died. Shavout after Christ 3,000 receied the Holy Spirit (Acts 2)– a beautiful picture of God’s grace.

There are many names for the Feast of Weeks. It is identified in the Old Testament as

According to Jewish tradition, Pentecost commemorates God giving the Ten Commandments at Mount Sinai fifty days after the Exodus. First Pentecost: God Gave the law The last one: God Gave the Holy Spirit.

Counting of the Omer

The farmers in Israel were required to mark the fruits and grains designated that were most progressed in their growth. After marking them, some-times with a red yarn, the farmer would declare them to be firstfruits. The marked samplings were taken to the Temple in Jerusalem as an offering to God. Rabbinic legislation set a minimum of one-sixtieth of the harvest of each species brought.

The Counting of the Omer was a time of great anticipation. This counting is comparable to that of a slave or prisoner, who counts the days to his freedom with great excitement. When one counts to a particular event or time, it demonstrates how deeply he wants to reach that point.

Jewish literature maintains that when the Israelites were told of their forth-coming liberation from Egypt, they were also informed that fifty days there-after they would receive the Torah. The Israelites were so excited that they began counting the days till then.

Shavuot is the only festival for which no specific date is given in the Bible. Rather, the people were instructed to count seven weeks “… from the morrow after the Sabbath, from the day that ye brought the sheaf [omer] of the wave offering (Lev. 23:15). This holiday occurs in the months of May or June on the American calendar. It is the successful conclusion of the first wheat-growing season and the anniversary celebration of the giving of the Torah on Mount Sinai.

It is a celebration to reawaken and strengthen personal relationships with God by rededication to the observance and study of the Torah – the most precious heritage. When Yahweh revealed Himself on Mount Sinai, His people heard His voice proclaiming the Ten Commandments. Then the Israelites pledged their allegiance to Yahweh by saying, “…All that the Lord has hath said will we do and be obedient” (Exod. 24:7).

Passover freed God’s people physically from bondage, but the giving of the Torah on Shavuot redeemed us spiritually from our bondage to idolatry and immorality.

As strange as it may seem, the Israelites who performed this ritual year after year were never told what the wave sheaf symbolized. The wave sheaf is clearly symbolic of Christ, the Firstfruits. He is the Firstfruits of the harvest, the coming harvest of the souls of those who have fallen asleep in Christ on that wonderful resurrection day of the Lord.

Firstfruits speaks of resurrection. When the Pharisees asked Jesus for a sign (a miracle or wonder), Jesus rebuked them and then said the only sign would be three days and three nights in the center of the earth as Jonah was in the belly of the whale. Jesus died on Passover. Death could not hold our Messiah. On the third day He arose triumphantly from the grave!

Then certain of the scribes and of the Pharisees answered, saying, Master, we would see a sign from thee. But he answered and said unto them, An evil and adulterous generation seeketh after a sign; and there shall no sign be given to it, but the sign of the prophet Jonas: For as Jonas was three days and three nights in the whale’s belly; so shall the Son of man be three days and three nights in the heart of the earth
Matthew 12: 38-41

This sheaf of Firstfruits was typical of our Lord Jesus, who has risen from the dead as the firstfruits of those that slept (1Cor.15:20). That branch of the Lord (Isa. 4:2) was then presented to Him, in virtue of the sacrifice of Himself, the Lamb of God, and it was accepted for us. It is very observable that our Lord Jesus rose from the dead on the very day the Firstfruits were offered, to show that He was the substance of this shadow. We are taught by this law to honour the Lord with our substance, and with the firstfruits of all our increase (Prov. 3:9). They were not to eat of their new corn until God’s part was offered to Him out of it (v. 14), for we must always begin with God, begin our lives with Him, begin every day with Him, begin every meal with Him, begin every affair and business with Him; seek first the kingdom of God (Henry 1991).

Paul wrote “But now is Christ risen from the dead, and become the firstfruits of them that slept” (1 Cor. 15:20). Our Messiah’s resurrection is the first-fruits, or promise, of the believer’s resurrection.

Verily, verily, I say unto you, Except a corn of wheat fall into the ground and die, it abideth alone: but if it die, it bringeth forth much fruit (John 12:24).

The Hebrew root of bikkurim (firstfruits) is the same as that of bekhor (first-born). The firstfruits are dedicated to God because the first of everything, including the firstborn of man and beast, belong to God. Jesus was the first-born. And knew her not till she had brought forth her firstborn son: and he called his name JESUS [Y’shua] (Matt. 1:25). For whom he did foreknow, he also did predestinate to be conformed to the image of his Son, that he might be the firstborn among many brethren (Romans 8:29).

The Bible tells us that God, the great husbandman, eagerly awaits the precious fruit of the earth and has long patience in waiting for it (James 5:7). Unfortunately, while God is focusing on fruit, we are often focusing on other things. Sometimes we even focus on gifts which God has given, instead of the fruit we are to produce as a result of God’s gifts in our lives (Wagner 1995).

Nevertheless I tell you the truth;
It is expedient for you that I go away:
for if I go not away, the Comforter will not come unto you;
but if I depart, I will send him unto you.
John 16:7

They knew the Holy Spirit was coming and they were in the process of counting the fifty days until the Feast of Weeks. Jesus told His disciples”.. .ye shall be baptized with the Holy Ghost not many days hence.” (Acts 1:5) They must have at least wondered ifmaybe it was going to happen on the fiftieth day? On Pentecost they were gathered together: And when the day of Pentecost was fully come, they were all with one accord in one place (Acts 2:1).

We can only guess at the anticipation they had awaiting the promised comforter. Some Christians today have the same anticipation for Christ’s second coming. Think about the anticipation. Do you know what is it like to wait for a guest who has not told you exactly when he or she will arrive? It is difficult to wait patiently for an exciting event. Jesus had to live by faith. We need to follow His example of living in complete faith and obedience to the Father. Can you imagine how they would have felt if Jesus told them He would not return for two thousand years? Sometimes a detailed outline of future events can be a hindrance instead of a help to our faith in God.

These things have I spoken unto you, being yet present with you. But the Comforter, which is the Holy Ghost, whom the Father will send in my name, he shall teach you all things, and bring all things to your remembrance, whatsoever I have said unto you. Peace I leave with you, my peace I give unto you: not as the world giveth, give I unto you. Let not your heart be troubled, neither let it be afraid (John 14:25-27).

For John truly baptized with water; but ye shall be baptized with the Holy Ghost not many days hence. When they therefore were come together, they asked of him, saying, Lord, wilt thou at this time restore again the kingdom to Israel? And he said unto them, It is not for you to know the times or the sea-sons, which the Father hath put in his own power. But ye shall receive power, after that the Holy Ghost is come upon you: and ye shall be witnesses unto me both in Jerusalem, and in all Judaea, and in Samaria, and unto the utter-most part of the earth (Acts 1:5-8).

Text Above is from this Book


Where is God in a Coronavirus World?